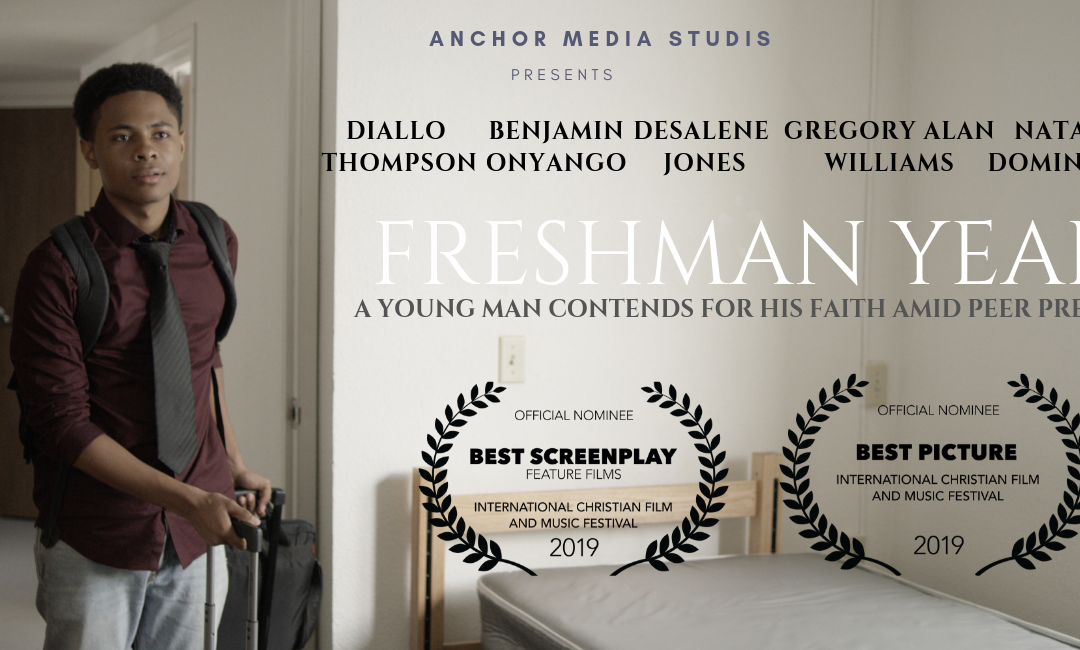 April 17, 2019 – We are excited that the powerhouse team at Anchor Media Group (AMG), behind their latest film, ‘Freshman Year’, will make a debut at the International Christian Film and Music Festival (ICFF) with SIX nominations. The film will be shown at the festival which is occurring May 1-4 in Orlando, FL. It would be shown on Friday, May 3rd at 6:30 pm, tickets can be purchased below.
It is an honor to be nominated at the festival in several categories, namely, Best Picture and Best Screenplay; Best Lead Actor, Best Lead Actress, and Best Supporting Actor. The film is backed by an outstanding cast, featuring Diallo Thompson, Benjamin Onyango, Desalene Jones, Natalia Dominguez, and Gregory Alan Williams. Find more about the movie and cast on http://freshmanyearmovie.com
Jude Okwudiafor Johnson, a CPA, and Minister is the writer and producer behind the movie. A newcomer on the scene, he is embracing his calling as a filmmaker and coming out of the gate strong with this film.

Purchase your tickets below for the festival, this would be the first special screening of the movie, it would be shown on Friday, May 3rd, 2019 at 6:30 pm. The movie is due to come out in August 2019:

We look forward to you there, please invite people and share with them the opportunity to see this life-changing and emotional story. Remember you get a very Rare chance to view this movie.